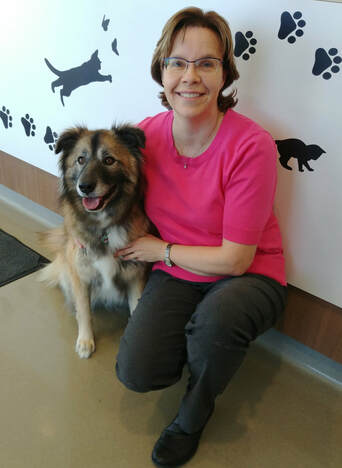 Dr. Susan Lapointe DVM
Susan Lapointe grew up in Edmonton, Alberta and enjoyed the cats, dogs and horses that were always a part of her family.
She graduated from the Western College of Veterinary Medicine in Saskatoon in 1989 with distinction.
Since graduation, Susan has been a part of the team at Lessard Callingwood Veterinary Hospital
and loves both the medical and surgery aspect of her career.
She, her husband and two daughters take care of Sadie, a collie-shepherd mix
​ they adopted from a rescue group, along with their three cats: Zoey, Zack, and Charlie. 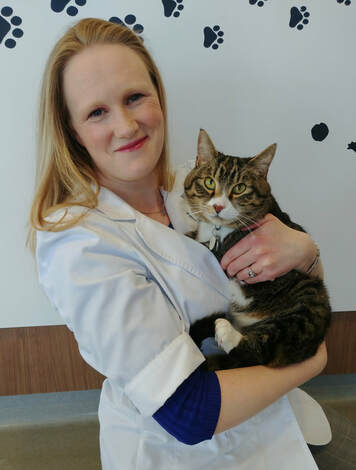 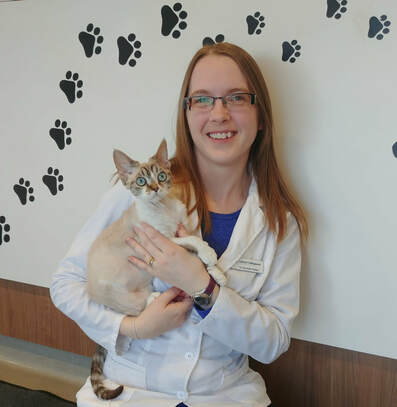 Dr. Lauren MacDonald DVM
Lauren MacDonald grew up in the Lessard neighborhood of Edmonton.  In fact, her pets have always come to
Lessard Callingwood Veterinary Hospital!  As a university student, she gained valuable work
experience at Lessard Callingwood Veterinary Hospital After three years of undergraduate
studies at the University of Alberta, Dr. MacDonald was accepted to the Western College of
Veterinary Medicine.  She graduated with honors in 2005.  After a summer working
mixed animal practice and a six month period of travelling and working in New Zealand,
she was thrilled to be able to return to Lessard Callingwood Vet as a veterinarian in 2006.
Dr. MacDonald lives with her husband and two daughters as well as her
yellow lab named Ngaio (and Ngaio's pet Roomba). She enjoys spending
time with her family, running, cooking, yoga and riding horses . 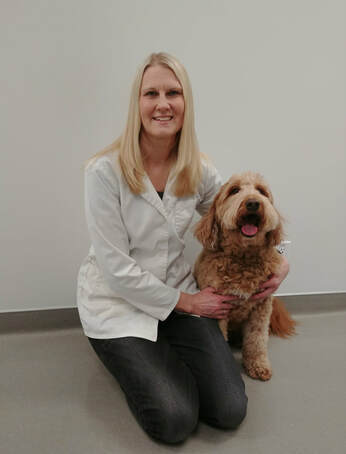 Dr. Christa Olenick, DVM
Christa Olenick was born and raised in Regina, SK. She knew she wanted to become a veterinarian at a
young age and started working in a veterinary hospital at 15 years old. She attended university in Saskatoon and after completing
two years in Arts and Science she was accepted into Western College of Veterinary Medicine
and graduated with honors in 1998. After graduating, she completed an internship in
Small Animal Medicine and Surgery at the WCVM, and then moved to Edmonton to enter private small animal practice.
Dr Olenick joined the team at Lessard Callingwood Veterinary Hospital in 2000.
She enjoys spending her free time with her husband and two kids camping, boating,
skiing,  snowmobiling, and watching her kids’ soccer games.
Her family also includes her dog Ginger, her cat Belle, her gecko Echo, and multiple fish and snails in her several fish tanks. 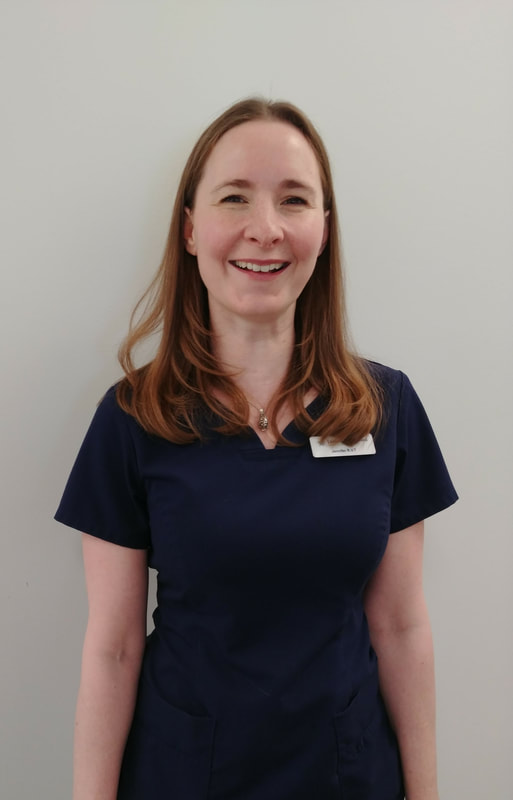 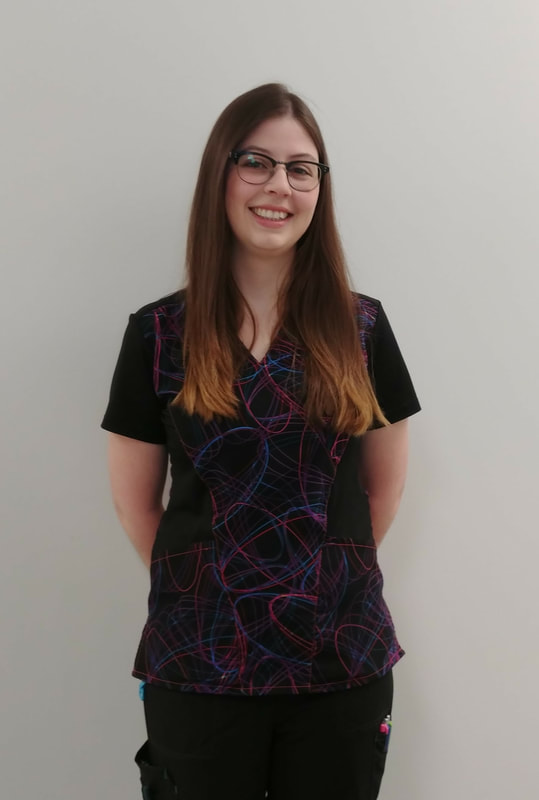 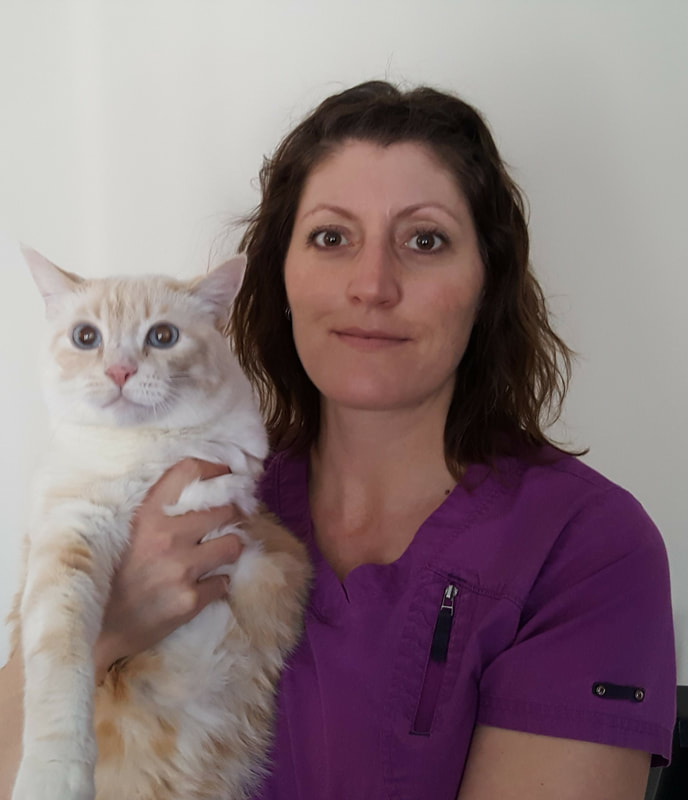 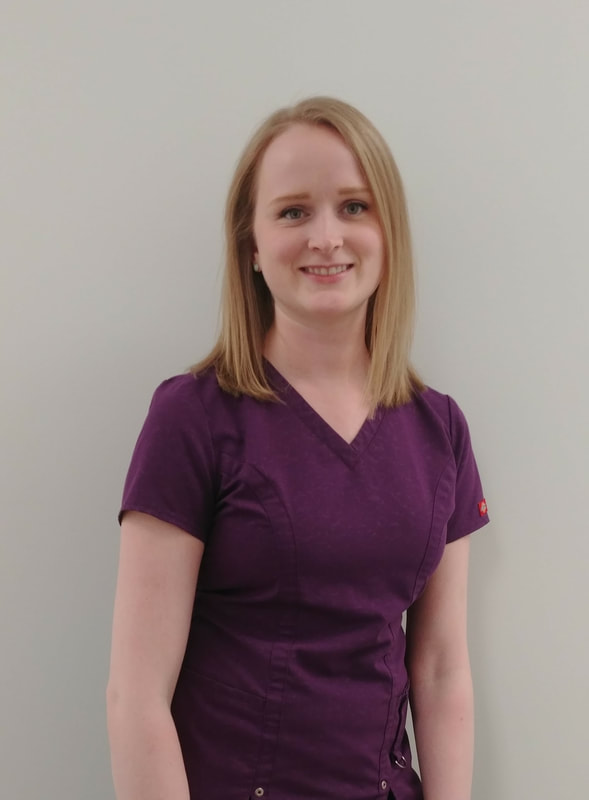 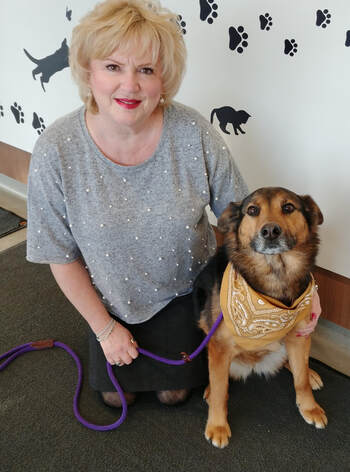 Christine Office Manager
Christine grew up with Labrador Retrievers in Labrador City, but eventually made her way to Edmonton where she raised a family. She graduated from NAIT’s Animal Health Technology program in 1983, she then worked as an RVT for 4 years until she was hired on at Lessard Callingwood Veterinary Hospital as Office Manager. She has worked here as manager now for 24 years. She enjoys traveling and spending time with her husband and two grown children. She has a German Shepherd/Husky mix named Evey, a 3-legged cat named Zed and a 4-legged cat named Stella. 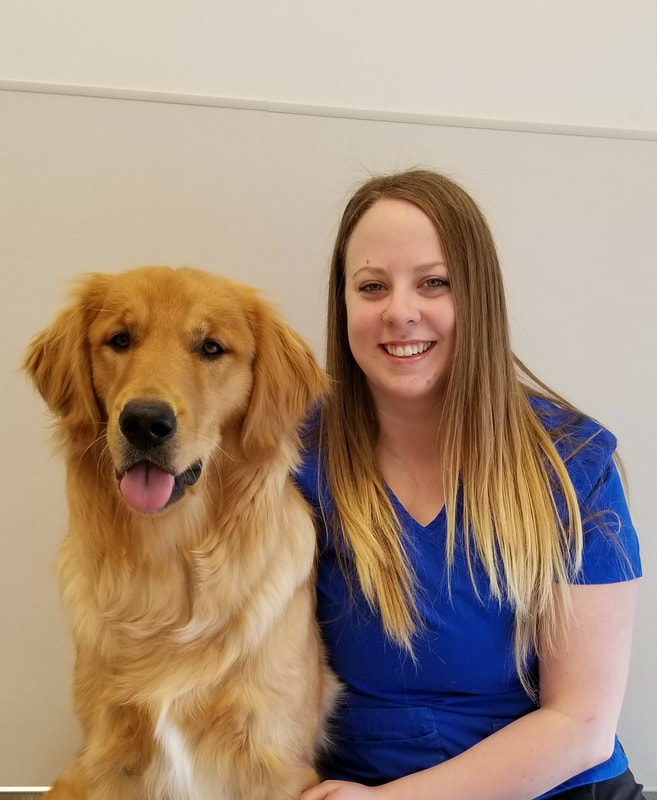 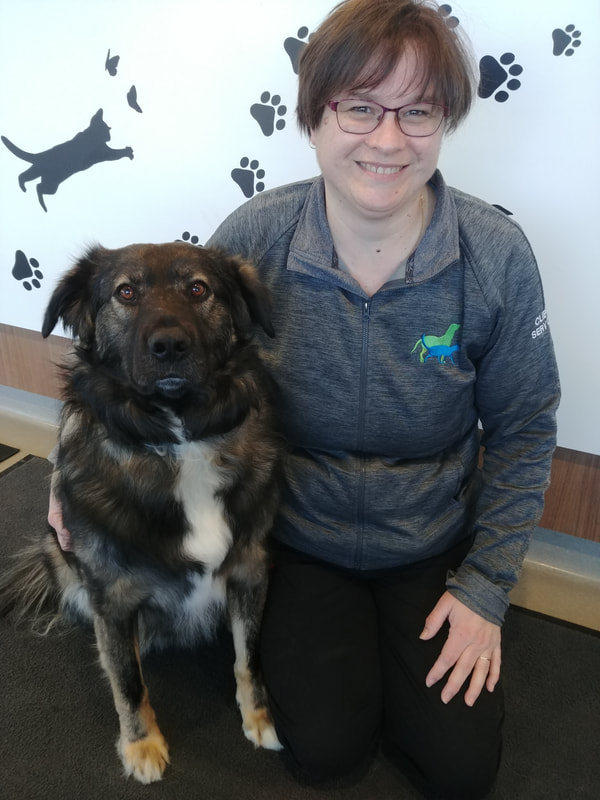